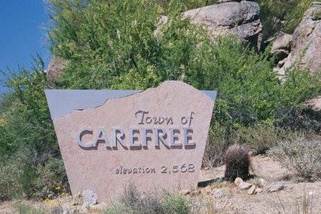 Carefree, Arizona, is a lovely master-planned community that was conceived in the 1950s. In 1984, Carefree was incorporated as a city and currently has a population of about 4,000 residents. Carefree is a community that is part of the broader Phoenix metropolitan area. There are eight key reasons why people elect to live in Carefree.

A Great Place to Retire

In recent years, Carefree has become evermore attractive to people interested in a pleasant community in which to retire. The city offers a nice selection of different types of housing options that are appealing to people in their Golden Years. In addition to retirees, Carefree is proving attractive to the snowbird population as well.

When it comes to housing in Carefree, the stock does tend to consist of higher end homes. With that said, housing prices in Carefree are notably more moderate that what is found in comparable Southwestern U.S. communities, including in Arizona.

Solid Community to Raise a Family

Another reason why a segment of the population finds Carefree an appealing place to reside is because the city truly is family friendly. Although housing prices in Carefree are on the higher end of what is found in Maricopa county, there are neighborhoods in the city that are attractive to people raising children. As is discussed in a moment, a low crime rate and excellent schools are a couple of the main reasons why Carefree attracts growing families.

Carefree is appealing to families because of recreational and other types of family friendly opportunities. In addition, the city is situated in close proximity to various family oriented activities in Phoenix itself. Carefree is located a short 17 miles from Bartlett Lake as well as from Tonto National Forest.

Carefree and the Employment Scene

Carefree is an attractive place to live because a myriad of employment opportunities are easily accessible to residents of the community. If a person doesn’t work directly in Carefree, an individual can commute with relative ease to jobs located in a myriad of locations throughout Maricopa county.

Carefree, Arizona, gets solid marks for its schools. School age children in Carefree are able to attend award-winning public and private schools. Collectively, schools I Carefree have an overall B+ rating, which means a significant number of schools serving the area have garnered top marks and are classified as excellent. Schools serving Carefree outpace what is available elsewhere in the greater Phoenix area. In addition, Carefree is within an easy drive to major Arizona institutions of higher education.

Another of the key reasons why Carefree is an appealing community is because of its remarkably low crime rate. The crime rate is 76 percent lower than what is find on average in the United States. With that noted, what crime that does occur in the community tends to be more minor property crimes. Violent crime is not a common occurrence in Carefree.

People are drawn to Carefree because of the stunning scenery in and around the community. Carefree and the neighboring community of Cave Creek share Black Mountain, a geographic point of interest and dramatic rise that provides a stunning view. Stunning desert expanses can be found on all sides of the city. Time and again people from all walks of life agree that Carefree offers the Sonoran Desert at its very best.

As has been alluded to previously, but needs to be emphasized, when living in Carefree a resident has an easy commute around Phoenix and Scottsdale and to Tempe. As noted, this proves beneficial to individuals who work beyond the city of Carefree. In addition, it is appealing to all residents of Carefree because the various entertainment, artistic, shopping, recreation, service, and other offerings found throughout Phoenix are readily accessible from the city.

Carefree is situated approximately 1,200 feet above Scottsdale and 1,100 abut Phoenix. As a result, the climate of Carefree is a bit more moderate than what is seen in Maricopa County, especially during the summer months. Temperatures in Carefree come in between 5 and 7 degrees lower than in some surrounding areas.

Jessica is a professional blogger who writes for Faxage, a leading company that provide Internet fax service services for individuals and businesses. 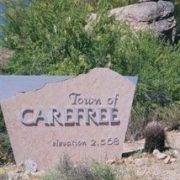 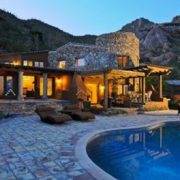 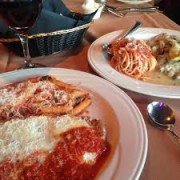 8 of the Best Restaurants in Carefree

Looking To Purchase A Home in Carefree?
0 replies

How to restore a heritage property and boost its value